Perioperative hypothermia (<36 ºC core temperature) can be favored by various factors. It is essential to know the methods of prevention and treatment of hypothermia to avoid its potential consequences. We present the case of a 75-year-old woman who needed urgent surgery for acute arterial ischemia of the right lower extremity and in whom a generalized body coldness stood out from the initial examination. After intubation, etCO2 values ​​of 18mmHg are detected and a temperature of 29.9 ºC is monitored. Due to the use of active warming devices during the intraoperative period, her temperature increased to 33 ºC upon admission to the ICU.

The optimal target temperature for patients during the perioperative period is about 37ºC.1 Intraoperative hypothermia, defined as the core temperature below 36.0ºC during surgery, is a situation that occurs in both scheduled and urgent interventions, and it is associated with numerous deleterious clinical manifestations and worse outcomes (such as arrhythmias, altered consciousness, increased bleeding or transfusion requirements during surgery). Therefore, patients’ temperature monitoring should always be considered, and strategies should be applied to optimize the most accurate management during all anesthetic phases.

When humans are exposed to a cold environment, different mechanisms are activated. Firstly, vasoconstriction is mediated by adrenergic receptors, and behavioral changes such as using clothing and shelter to keep warm are developed. A cold stress response follows these. As a result, shivering can be present and may be an initial sign of hypothermia. However, shivering cannot be present in children, the elderly, or due to being under the effects of some drugs. Non-shivering thermogenesis is the production of metabolic heat without muscular activity. In contrast, shivering uses increased mechanical work to generate heat as a by-product, increasing muscle oxygen consumption.

Under general anesthesia this control system is severely challenged. Behavioral responses are completely abolished, and vasoconstriction and shivering thresholds decrease from 0.4 to 4.0ºC, being hemodynamics response compromised. In addition, these thresholds may be reduced even further in elderly patients.2

During winter a 75-year-old woman with a previous medical history of alcoholism, hypertension, type 2 diabetes, and atrial fibrillation without anticoagulation, was found on the floor of her home with a low level of consciousness (Glasgow Coma Scale (GCS): 12 (E3V4M5)). A generalized body coldness was perceived by touch, although at that moment it was not granted the necessary importance. Upon arrival at the emergency department, she presented a decreased level of consciousness, GCS 10 (E2V3M5), and signs of neurological focality (mydriatic right pupil with reactivity to light, gaze deviation to the right, and left hemiplegia, and hypoesthesia). She also presented mucocutaneous pallor and shivering refractory to insulation with ultrathin reflective foil (URF). An extremely cold extremity was observed in the right lower limb, in addition to poor peripheral perfusion with cyanosis.

The stroke code was activated, and a cranial CT scan was performed, showing signs of acute-subacute ischemic stroke established in the deep territory of the right middle cerebral artery. Assessed by the neurology department, it was ruled out thrombectomy and fibrinolysis due to unknown episode onset times. She was diagnosed with severe acute ischemia of the right foot after vascular surgeons’ echo-doppler examination and clinical assessment.   Treatment was started with 5000 IU of intravenous sodium heparin, and an urgent thrombectomy was performed on the second and third popliteal and anterior tibial portions with intraoperative arteriography and angioplasty of the anterior tibial artery.

Due to the suspected hypothermia of the patient, active warming measures were started from the patient’s reception in the operating room, using a fluid warmer at 41ºC and placing a heating blanket up to 43ºC. General anesthesia was decided, and rapid sequence intubation was performed following: 100 mcg of fentanyl, 80 mg of propofol and 80 mg of rocuronium. Maintenance was performed using sevoflurane at 0.6 MAC. Volume-controlled ventilation was performed at 6ml/kg, calculated for an ideal weight.

The value of 18 mmHg EtCO2 obtained in the capnography after intubation, and the clinical findings of skin coldness during the physical examination, shivering and decreased level of consciousness before the intervention, led to suspect hypothermia as the first diagnosis, compatible with reduced metabolism. However, it was also compatible with the clinical situation of the stroke and her distal ischemia. That is why it was decided to monitor the temperature with the zero-heat-flux thermometer on the forehead. The initial body temperature was 29.9ºC, so an esophageal probe was placed in the distal third part of the esophagus to corroborate the value, obtaining the same temperature. The EtCO2 remained low during the surgery, but a maximum peak of 31ºC was achieved at the end, with a progressive simultaneous rise in EtCO2 of 22 mmHg.

After surgery, the patient was transferred intubated to the ICU and connected to mechanical ventilation, with peripheral saturation of 96% and MAP > 65 mmHg. The core temperature gradually increased to 33ºC in the following hours as shown in Figure 1. During the following days, she remained intubated due to a low level of consciousness in the multiple neurological examinations and bad local clinical evolution requiring rising vasopressor support. As a result of the progression of the patient’s deterioration and her general situation, an agreement was reached with the family on the adequacy of the therapeutic effort, dying at dawn on the seventh day after surgery.

Optimizing the patient’s body temperature undergoing surgery procedures requires some considerations. The knowledge of the risk factors for incidence of inadvertent perioperative hypothermia is essential: ASA grade 2-5 (the higher the grade, the greater the risk); preoperative temperature < 36ºC (and preoperative warming is not possible because of clinical urgency) and environmental cold temperature; undergoing combined general and regional anesthesia; undergoing major or intermediate surgery; at risk of cardiovascular complications; low body mass index; elderly patients (who are at more risk of any of the complications of hypothermia); and more than 30 min duration of surgery.2,3

Likewise, practical strategies to avoid hypothermia by redistribution should be implemented, avoiding the dissemination of heat flow from the central compartment to the peripheral compartment.4 Prior to surgical intervention, warming up patients leads to an increase in the temperature of the peripheral tissue, thus reducing the intercompartmental temperature gradient. Passive and active warming measures are available to optimize the patient’s normothermia. Passive insulation reduces skin heat loss by 30% with a single layer of insulation, reaching 50% with three layers.5 One resource of passive warming measures is insulation with URF. In its application, the layer is usually placed directly on the skin or clothing. If the reflective side is separated from the body surface, there is a trapped air layer between them where air bubbles are warmed by radiation. Strategies such as the hypothermia wrap can be useful and can be trained by emergency personnel. The air volume trapped and the thickness of their layers, the body coverture, the accumulated humidity in the indoor part of the foil, creases, or defects in the foil can reduce the URF effectivity.6 Active rewarming devices are relevant in maintaining normothermia,5 highlighting the two main groups most commonly used: skin surface warming devices and fluid warming devices (although there are more: ECMO, cavity rewarming, dialysis, continuous venovenous hemodiafiltration…). Active external and internal rewarming devices are garments that provide heat by different systems with comparable efficiency: resistive warming, circulating water warming, and forced air warming7 (the latter being the most widely used and can increase body temperature average up to 0.5-4ºC/hour).8 Active fluid warming devices, though they are not used to increase body temperature, play a role during maintenance, especially in patients with high volume requirements (>1000 mL/h). In the case of our patient, despite the absence of initial temperature measurement, passive isolation began in the emergency department. At the same time, measures of active warming by forced air and fluid heating were applied in the operating room, managing to increase the patient’s temperature > 1ºC during the intraoperative time despite the general anesthesia.

Hypothermia during anesthesia develops a typically triphasic pattern. The first phase is mainly determined by the vasodilation induced by general anesthesia since inhibiting thermoregulation at the central level reduces the vasoconstriction and shivering threshold. Furthermore, most anesthetic agents induce direct peripheral vasodilation, facilitating hypothermia by redistribution. The hypothalamus and the spinal cord are affected by volatile anesthetics primarily in a nonlinear, concentration-dependent manner. Propofol reduces the core temperature in a linear, concentration-dependent way.9 Roth et al. investigated different alternative inductions that caused a lower decrease in core temperature. Administration of 160 µg phenylephrine immediately prior to induction with propofol at 2.2 mg/kg (by antagonizing propofol-induced vasodilation) or inhalation inductions with Sevoflurane (because they did not involve as much vasodilation, with a mean thermal advantage of 0.4-0.5ºC) achieve better results than intravenous inductions with propofol alone. Inductions with propofol can cause a rapid drop in core temperature up to 1.5°C.10 Opioids attenuate thermoregulation concentration-dependently but differ in the incidence of postoperative shivering. Ketamine seems to have the most negligible influence on thermoregulation because it maintains the peripheral vascular tone and therefore limits the magnitude of blood redistribution.9 Muscle relaxants do not pass the blood-brain barrier and therefore have no effect on thermoregulation,9 but their effect may prolong because of several reasons, including changes in the volume of distribution, altered local diffusion receptor affinity, changes in pH at the neuromuscular junction, and the net effect of cooling on the various components of neuromuscular transmission.11 An example is the doubling of the action time of vecuronium when the core temperature decreases by 2ºC.5

In the second phase, the hypothermic curve follows a slight decrease in central temperature due to the mechanisms of radiation, conduction, convection, and evaporation exceeding heat production. Active rewarming measures are most effective in this period.4

In the third phase, which is generally reached at 34.5ºC, the core temperature does not usually decrease, since the arteriovenous bypass vasoconstriction effectively retains metabolic heat in the central tissues.7 Currently, there are different devices available to measure temperature, but the most important consideration is the site that produces either a direct measurement of core temperature or a direct estimate of core temperature. These sites are pulmonary artery catheter, distal esophagus, urinary bladder, zero heat-flux (deep forehead), sublingual, axilla and rectum.3 Zero-heat-flux thermometers provide a non-invasive method for estimating tissue temperatures.9 During periods of slow temperature changes – which involve the majority of patients undergoing surgery – biases and limits of agreement of the zero-heat-flux method were equal to 0.1±0.5ºC and -0.1±0.4ºC compared with the esophageal probe and the arterial catheter, respectively.12 However, most of the studies using this device are performed considering a stable blood flow. Critical situations such as acute hemorrhage can produce false values and further studies in these situations are required.

Shivering is an autonomic thermoregulatory response defined as a rhythmic involuntary muscular activity and can be a physiological response to hypothermia. The goal of postoperative shivering is to produce heat to restore normothermia, but, on average, it increases oxygen consumption by approximately 40%. Consequently, this reaction is associated with increased perioperative morbidity and mortality.11 Furthermore, this oxygen consumption and hypothermia could cause heart complications. Shivering can be absent in different extremes of life and due to drug interaction, such as pethidine or clonidine.

The present investigation has not received specific aid from agencies of the public sector, commercial sector, or non-profit entities.

The authors declare no conflict of interest. 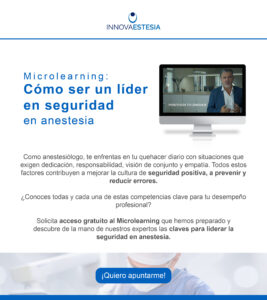 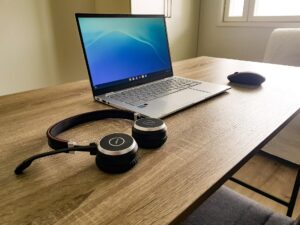 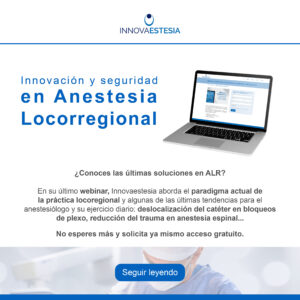 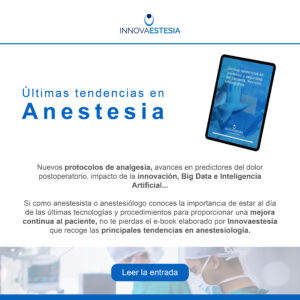 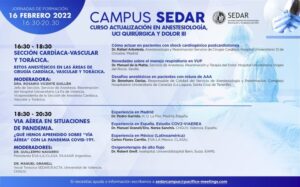 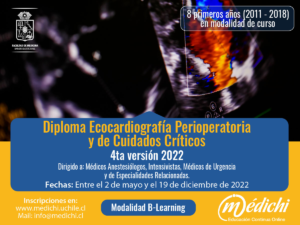